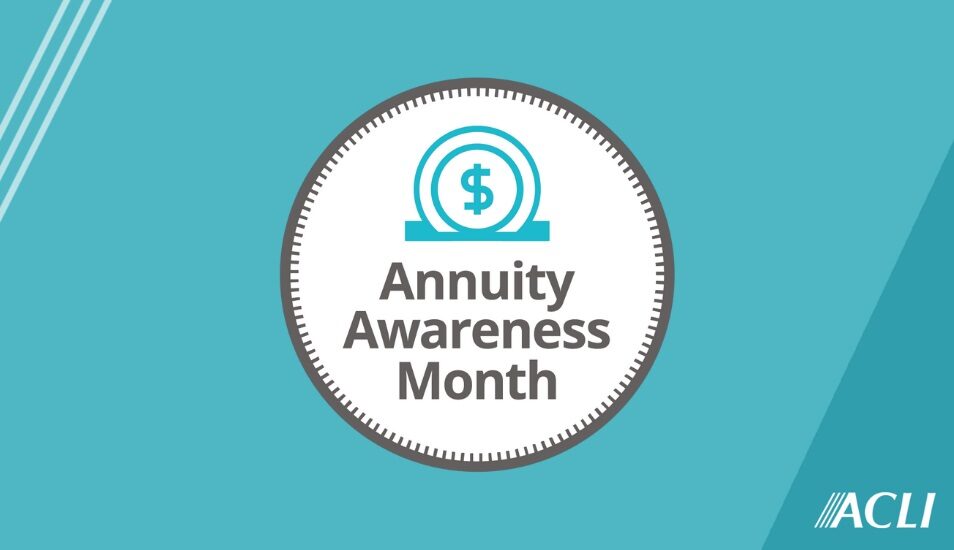 The past few months haven’t been easy for people with investments in the stock market. The Dow Jones Industrial Average fell 15 percent from its all-time high on January 5. And many Americans have watched – and worried – as their retirement savings balances have taken a hit.

But some people seem less concerned about these downturns than others. It’s no surprise that many of these people have an annuity.

June is Annuity Awareness Month, and it’s never been more important to underscore how annuities can provide Americans with worry-free income for life.

An annuity is a contract between a consumer and a life insurance company. The consumer pays a life insurer, which then commits to pay the consumer income. That income stream is guaranteed, no matter what happens in the stock market.

Fewer employers offer traditional lifetime pension benefits these days. But with an annuity, anyone can create their own worry-free pension. That’s one reason why annuity sales soared 16% last year.

Robust state and federal rules govern annuities. In the past two years 25 states have adopted new laws or rules that incorporate the enhanced consumer protections in the National Association of Insurance Commissioners updated model regulation on annuity transactions and align with the Securities and Exchange Commission’s Regulation Best Interest. Several other states are working on similar measures.

These state and federal efforts look out for small- and moderate-income savers including under-resourced communities, unlike a fiduciary-only approach that for many would eliminate the option of working with financial professionals compensated on a commission basis.

Thanks to the stringent consumer protections already in place, savers can rest assured that financial professionals must act in the consumer’s best interest when offering recommendations about annuities.

Who knows where the stock market will be next June? But wherever it is, annuity owners will know their income is guaranteed, and safeguarding access to the option to protect hard-earned savings is in the public interest.