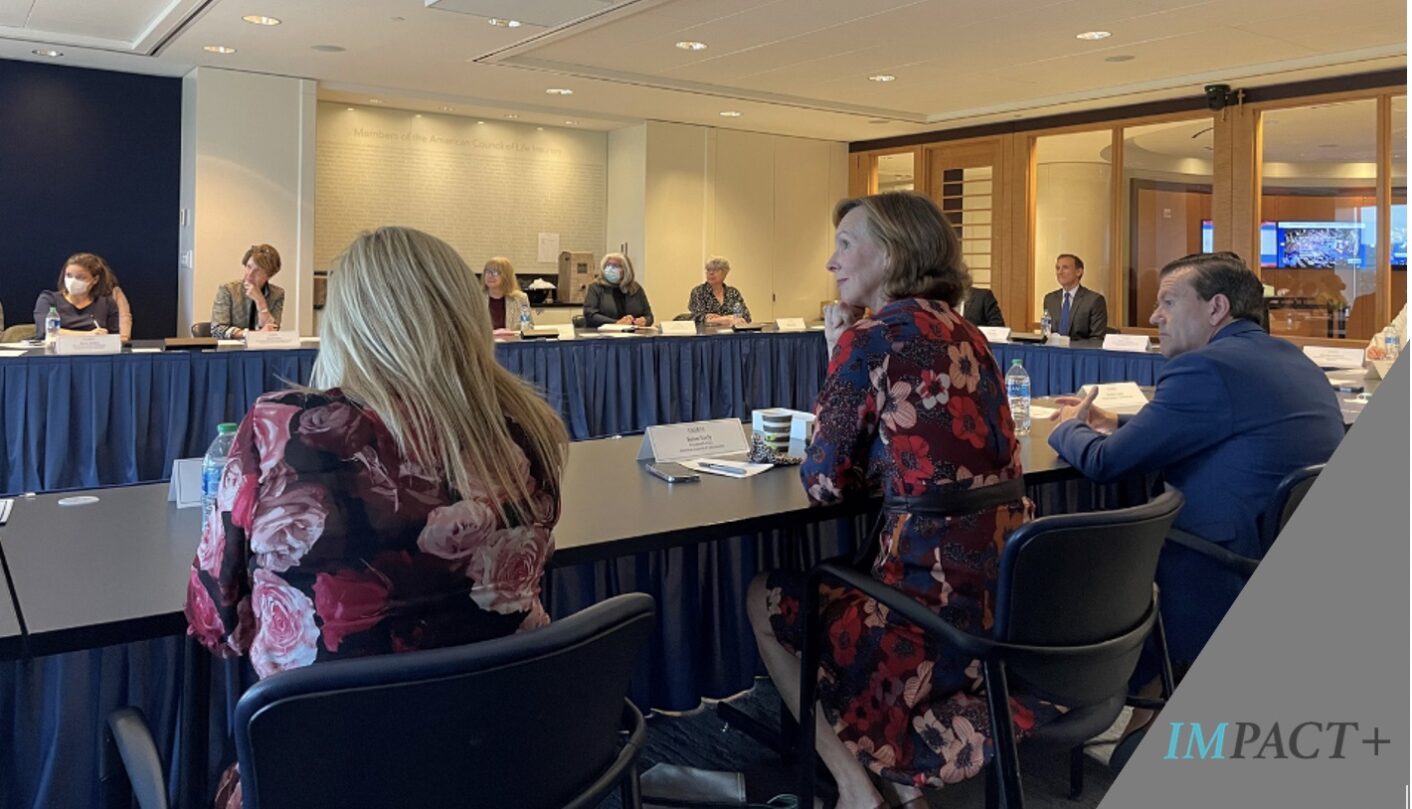 Many American women are hurtling toward a retirement cliff. After working for lower salaries and putting careers and savings on hold to care for family members, many women leaving the workforce may face a retirement filled with stress and concern over money.

The U.S. life insurance industry firmly believes that business and government should come together to help women prepare for a secure retirement. That’s why we were proud to host on Wednesday at our Washington D.C. headquarters Engage’s Retirement Roundtable: Avoiding the Retirement Cliff: Lessons from the SECURE Act and the Road Ahead. The event was part of The Engage Summit 2021: The Economic State of American Women & Their Families.

ACLI was honored that members of Congress and their staff, a member of President Biden’s economic policy team and retirement security thought leaders could join us to discuss this vital topic.

We know the current retirement system has delivered financial security for millions of Americans. But we also know more can and must be done.

The pandemic further emphasized the challenges that create a retirement cliff for women including:

The path ahead is daunting. But it’s not insurmountable. In fact, thanks to recent legislation by the U.S. Congress and more promising initiatives under consideration, the road to financial security for millions of American women is brightening.

The life insurance industry drove the advocacy for the SECURE Act in 2019, the first major retirement legislation passed in a decade, which helped more people gain access to retirement plans.

More legislative solutions are on the horizon. One offered by Ways and Means Chairman Richard Neal would establish auto enrollment in 401(k) plans. Workplace retirement plans have a proven record of developing the savings habit. This legislation would help up to 30 million more Americans save for retirement at work. SECURE 2.0 is another pending bill that would help women. One of its provisions which was brought up by multiple speakers during the roundtable would allow employers to match employee student loan repayments into a retirement plan.

We need game-changing federal policy that meets the challenges facing the modern workforce, especially for women in underserved communities.

As Rep. Jackie Walorski (R-Ind.) said during the roundtable, “When it comes to supporting women, it’s important that we’re all on the same team.”

Our team is strong, diverse and unified. ACLI was joined at the roundtable by thought leaders from the Bipartisan Policy Center, the American Retirement Association, Blackrock, WISER, MANA, the Aspen Institute and the Employee Benefit Research Institute.

Working together, business, thought leaders and lawmakers can chart a more secure path forward for women and all American workers. Let’s go get it done.